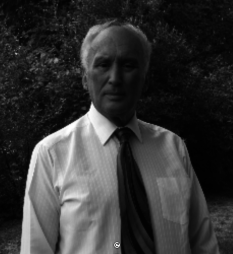 Dr. Asaf Duraković, MD, PhD, DSc, FACP, was professor of Nuclear Medicine and Radiology and a specialist in all aspects of nuclear and radiation medicine.

He had 35+ years research and clinical experience on radioisotopes including strontium, uranium, and plutonium. His extensive experience included research into nuclear disaster medicine in the U.S., Canada, Europe, Middle East, and Asia and published over 75 scientific papers on the medical effects of radiation and radioactivity and had given over 250 international invited lectures.

He served as the United States Medical Team Leader in the American / Soviet Joint Nuclear Verification Experiment in Soviet Central Asia, presented his expert views before the Congress of the United States, European Parliament, and both houses of Parliament of Japan.

He was oppointed Laureate of the International Peace Prize Jaipur, India, in 2004.

Dr. Duraković originally described the Gulf War Syndrome in both military and civilian population of Iraq. Field teams of the Uranium Medical Research Centre (UMRC) at his initiative were deployed in Iraq, Afghanistan, Balkans, and Gaza to study the effects of radioactive weapons in both civilian and military populations.

Research was focused on both somatic and genetic effects of internal contamination of the human population and biosphere with organotropic radioactive isotopes with special emphasis on transuranic elements.

“The Uranium Medical Research Institute (UMRI) is committed to the advancement of education for the public benefit on the effects of uranium and transuranic elements on humans and the biosphere by conducting and publishing independent, objective and expert scientific and medical research on the subject.”

If you have any queries or wish to make an appointment, please contact us using our  contact form.